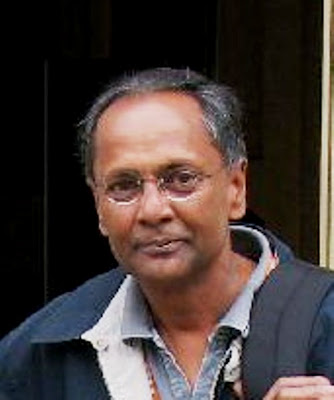 Abd Hamid Majid, a long-time chess activist from Malaysia, has written a letter announcing his decision to accept Anatoly Karpov’s offer to join his ticket as candidate for General Secretary in Karpov’s FIDE administration.

My name is Abd Hamid Majid. Most of you know me. This letter is to accept GM Anatoly Karpov’s offer to serve as General Secretary in his FIDE administration.

This letter is also my political and personal manifesto – to tell you where I stand on key issues and to remind you about my long career in both Malaysian and FIDE chess affairs. It is, finally, about why I have joined the Karpov Team for Change.

First, a specific “pet” issue. Then I will jawbone about myself. Finally, I will look at other issues.

On his Asian tour this past July, Anatoly Karpov unveiled an unprecedented – no, let me stop right there. I was about to write that he unveiled an “unprecedented” $4 million development package to promote chess worldwide over the next four years. Better to say, he unveiled an “honest,” “doable” and “practical” plan.

Honest, because the money is there. Doable, because Karpov’s team has real business people involved – not the villains of ill-reputation currently feeding themselves on fat federation fees around the cracker barrel in the FIDE office in Greece. Practical, because he is not promising to build CHESS CITIES IN THE DUBAI OR ELISTA SKY. For developing chess federations, he will cancel FIDE dues and such outrages as sky-rocketing title charges, vastly increased entry fees, and the like. The development money will not go to the central FIDE bureaucracy; it will go to YOU for promoting chess in schools, training teachers and arbiters, organizing tournaments, creating publicity, and increasing regional cooperation.

Karpov is promising real changes for the better.

I am on the Karpov ticket to stop the impoverishment – the outright looting – of federations by the FIDE central leadership through what can only be called enormously increased chess taxes. The Karpov business model of raising sponsorship money from the corporate world is necessary to return chess to the international mainstream.

MY BACKGROUND IN CHESS

My experience in chess ranges from humble beginnings in local Malaysian tournaments to working as an arbiter at the world title level. I’ve worked in hot, small rooms without air-conditioning to vast halls in world-class resorts. This experience, crucially combined with a will to bring about major reforms, will make me an effective member of a Karpov FIDE administration.

After organizing local and club tournaments during the 1980s in small venues around Kuala Lumpur, I served as treasurer of the Malaysian Chess Federation before becoming its general secretary from 1994 to 2008. I ran the day-to-day affairs of the Federation, working closely for many years with Dato’ Tan Chin Nam, a former FIDE deputy president, who serves on Karpov’s Board of Advisers.

In 1990, I became a FIDE international arbiter and also was a founding member of the ASEAN Chess Confederation. My first exposure to top international chess was as an official at the 1990 Karpov – Timman candidates’ final in Kuala Lumpur. Some of the highlights of my work within FIDE are: organizing secretary of the 1990 FIDE Women’s Interzonal in Malaysia; deputy chief arbiter of the 1996 Karpov – Kamsky world title match; chief organizing secretary for the 2002 World Youth Olympiad; and chief organizing secretary for seven Malaysian Chess Festivals, which have attracted many thousands of players, from 2004 – 2010.

The Olympiad in Khanty-Mansiysk, if it actually occurs, will be my 10th FIDE Congress and my eighth as the Malaysian delegate.

Enough about me. Let’s return to the issues.

Chess has disappeared from the world media. Title matches that once attracted hundreds of journalists now go virtually unreported. Corporate sponsorship is a thing of the past. Top executives will not risk the reputations of their companies by involving themselves with an unsavory FIDE leader who then tells the world of international business executives that he meets spacemen, every now and then. Chess on the Internet has flagged because the FIDE leadership works hard to scare away top communications people so as to keep chess small enough to control its governance.

Fifteen years on the road to nowhere. Out of the mainstream. To obscurity. That is where Kirsan Ilyumzhinov has led us.

PLAYING A SCARE TACTIC: ONE COUNTRY – ONE VOTE

In this campaign, I have been asked repeatedly whether Ilyumzhinov’s charges about Karpov ending one country – one vote are true.

We understand why the charge is made: to win the votes of smaller countries – the majority within FIDE – that wish to keep the current system. Whether one supports the Karpov or Kirsan ticket, we can all agree on the political value of making such a charge.

I come from Malaysia, a smaller chess country. There is simply no plan of any kind in the Karpov election platform or within the Karpov team to alter the basic voting rules. They will remain as one country – one vote.

CAN THE KARPOV TEAM DELIVER THE GOODS?

We know the record of the Kirsan Ilyumzhinov team. Chess has left the international mainstream, and many federations are struggling simply to pay ever-higher FIDE chess taxes. A small group of FIDE bureaucrats, who now pull down large salaries thanks to money flowing from federations, intends to keep power at all costs, including the ultimate destruction of chess on the international scene.

But can the Karpov team deliver its promises? Is it possible that we are only critics who cannot deliver the goods?

I would not be involved in the campaign if I imagined the above as even a half-realistic possibility. Look at the members of the Karpov Board of Advisers, filled with men with practical business acumen – the kind of men who get things done. Look at the Karpov team itself: Anatoly Karpov, the 12th world champion, with a realistic vision for the future; Victor Kapustin, a world-level banker with the expertise to open doors for chess sponsorship; Dr. Aguinaldo Jaime, arguably the leading financial figure in Sub-Sahara Africa; Richard Conn, an international-level business lawyer with contacts in both Russia and the United States; and two life-long chess people, Serbia’s Alisa Maric and yours truly, who hail from smaller countries and who know the sufferings of federations groaning to meet FIDE’s high bills.

CAN THE KARPOV TEAM WIN?

Nearly all of you have experienced increasingly tough tactics being used by the Ilyumzhinov team. These tactics bespeak of desperation. The recent endorsement of the Karpov ticket by the chess federation of the United Arab Emirates will lead to more endorsements in the coming days and weeks.

Many of you, whatever piece of paper you were pressured to sign, know that chess has gone nowhere for over a decade. You know that change is necessary.

There is a well-financed alternative vision for a bigger and better chess world. It is championed by the Anatoly Karpov-led campaign team.

Popular posts from this blog 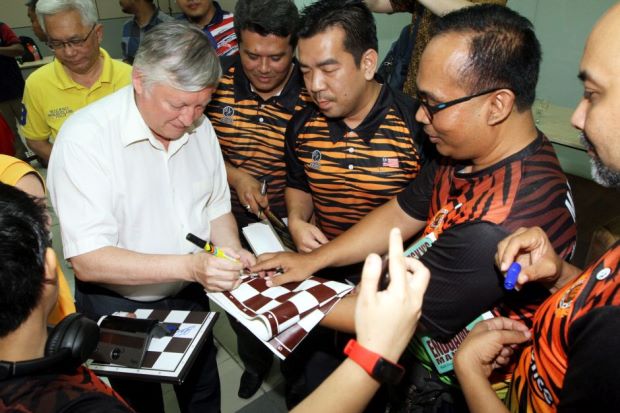 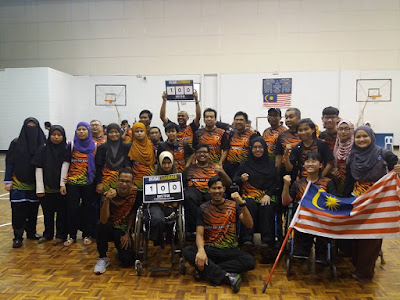 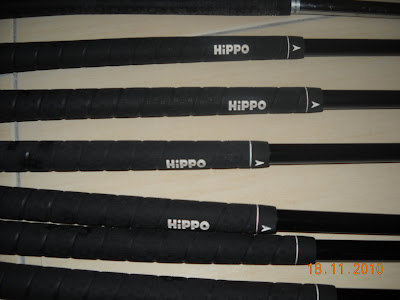